The Mythic Wars Have Begun!

Excalibre Games is proud to announce the official release of the introductory sets of their new tabletop game series, the Kickstarter-funded Mythic Wars!

Mythic Wars is the bold, new card-and-dice game series from Excalibre Games, where up to 8 players can join in a battle of mythic proportions, building factions from among the gods and goddesses to compete in the ultimate showdown — where the gods themselves clash, and the fate of the universe is in your control!

Thanks to the success of their 2016 Kickstarter campaign, Excalibre Games was able to publish the first three sets in this new series:

To coincide with the game’s arrival at retail storefronts, the Excalibre Games team is proud to also launch a searchable card database for Mythic Wars: The Codex Mythica. Browse through all of the cards in the game, or search to find the card(s) you’re looking for; the power of the gods is in your hands!

So, be sure to pick up Mythic Wars, available now at fine gaming stores everywhere. 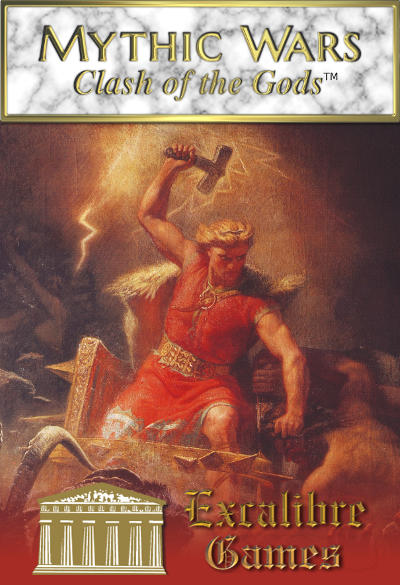