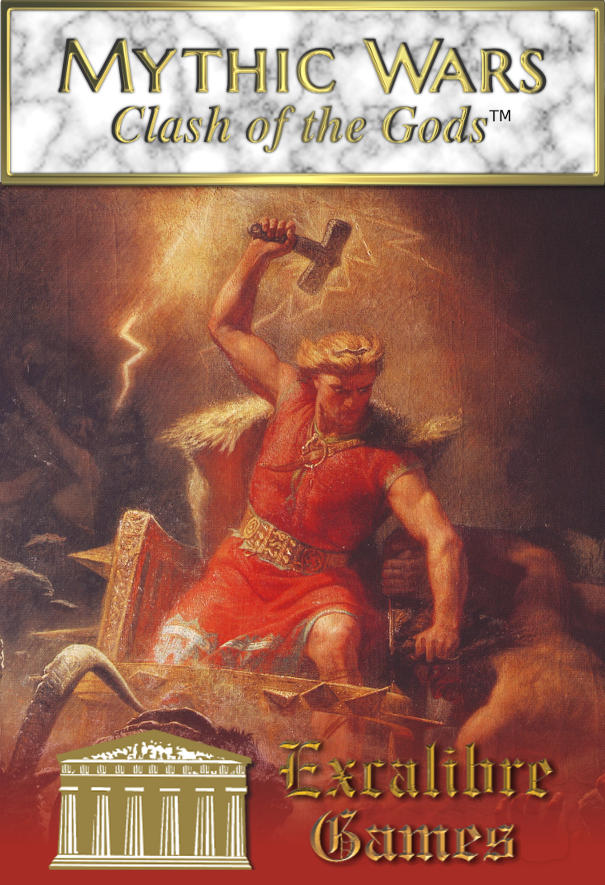 Mythic Wars: Clash of the Gods is the first release in the new Mythic Wars series of tabletop card and dice games, coming soon from Excalibre Games! Up to 8 players can join in a battle of mythic proportions, building factions from among 72 gods and goddesses to compete in the ultimate showdown — where the gods themselves clash for control of the universe!

Each Clash of the Gods base set includes 78 cards (72 gods and goddesses, and 6 creatures) pulled from among 6 different pantheons, and is recommended for players 14 and up.